Today I wanted to go about fixing my Windows Small Business Server 2003 server, which is connected via APC UPS along with a Gentoo Linux box running my Asterisk PBX to send a shutdown command if the power goes out. I’m not rich (yet) so I’m not able to afford a fancy UPS. Instead the one I have only has one monitoring cable. So, I had to create a way to shut down the Linux box on power failure, while also shutting down the Windows box too. Minimal Data loss is always a good thing.

Here’s what I did, with some help from a buddy of mine who’d implemented this before but not documented it. 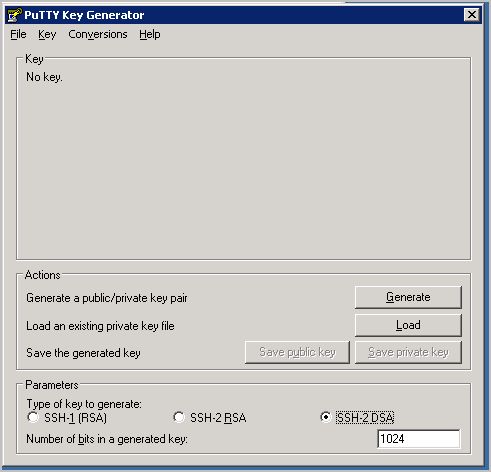 Move your mouse around and then it should finish generating your new key. 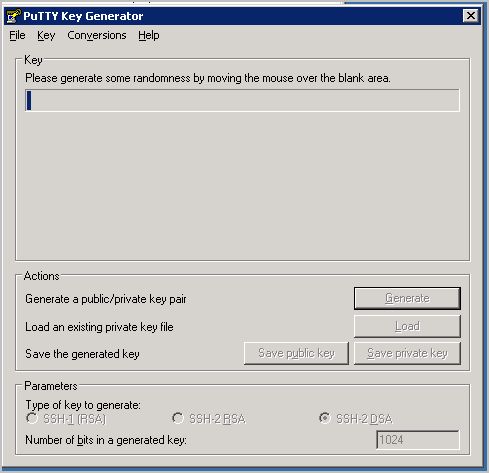 Once it is finished, you need to copy out the dss key that goes into your authorized_keys file on the Linux server. Put this in a text file for now for safe keeping.

Note that you do not enter a passphrase to the key, otherwise when the script is activated it will ask for this password.

Now you save your private and public key under the actions menu.

Now you should have a private, and public key in the c:LinuxShutdown directory

Your file should look like this to begin with 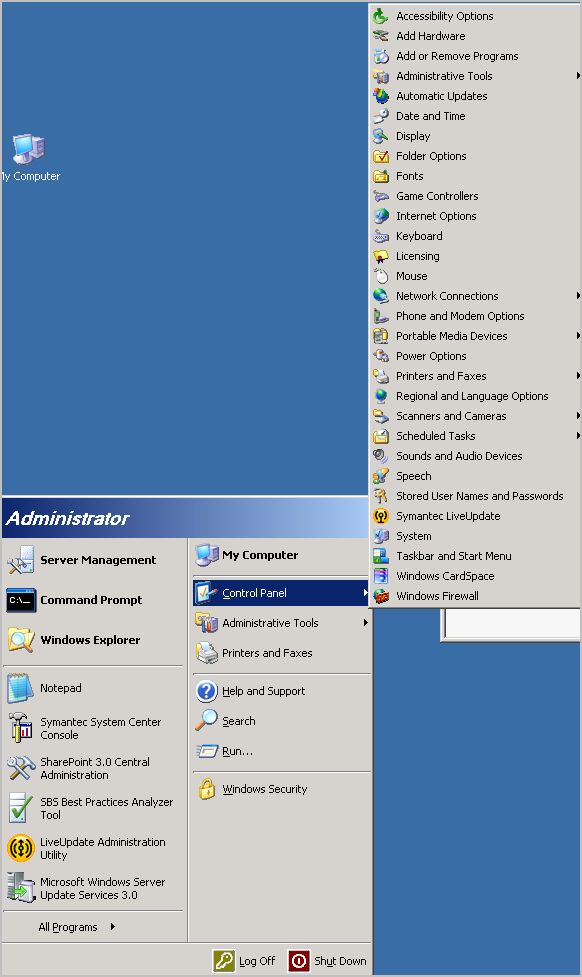 Once you’re in your Power Options window. Select the Alarms tab. 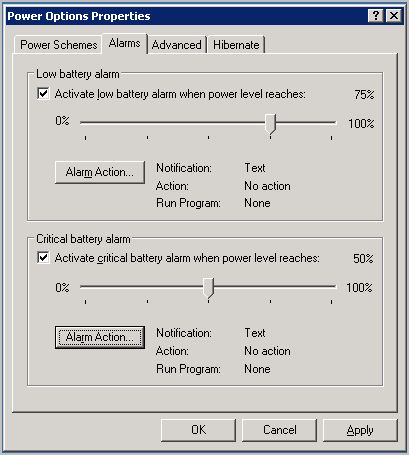 Now we’ll want to look at the “Critical Battery Alarm” section, and click on the “Alarm Action” button. This should pop up a screen similar to the following. 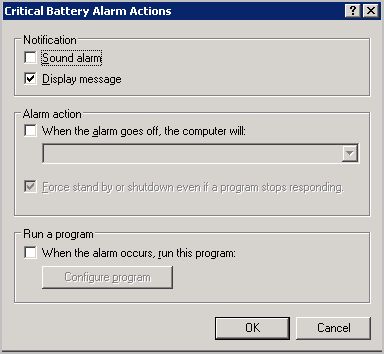 Now we’ll need to go to the “Run a Program” section, and enable the “When the alarm occurs, run this program:” option.

This is where the magic happens. We’ll make this run our newly created batch file on battery alarm to shutdown the remote server. Enter in the path to your batch script in the new window that pops up. 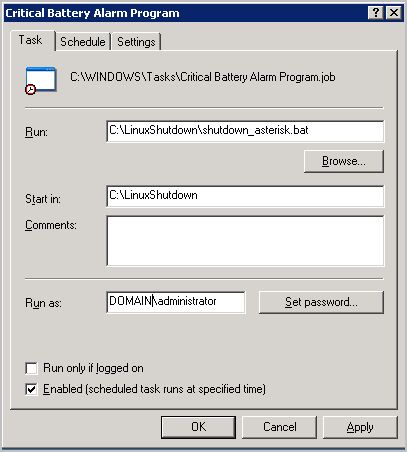 Now you will just need to enter your Administrator password for your server in the little window that pops up. 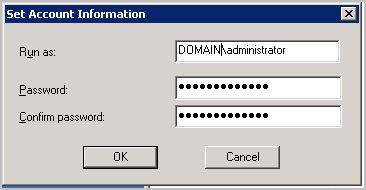 I hope you enjoyed this little tutorial, please let me know if it helped you in the comments below.

nice one…. but all i get is connection refused 🙁

hm, i’m not sure why this would be happening. can you provide more info of your logs?

Great howto! Excellent functionality when you’ve got a couple of linux servers dependent on a ups that has its comms connected to a windoze box. On debian Etch I had to use ‘useradd’ instead of ‘adduser’, apart from that it all worked first go.

Keep up the good work!

Good guide and just what I needed. Personally I had problems with the public private keys. So I checked the commandline help of plink and found you can specify the password on the command line. Not as secure as whats detailed above, but still effective. Use
plink -T winshutdown@10.0.2.10 -pw sudo /sbin/shutdown -h -P now
Also, Im using fedora which has some additional defaults in the sudoers file. If your getting the error “sudo: sorry, you must have a tty to run sudo”
you need to comment out “Default requiretty” (put a “#” before it)

Thank you a lot, without your text I would never know where to start. Differencies from your tutorial and problems I’ve encountered:

Can anyone please post the exact order of the authorized_keys please

It works correctly in Windows 7 Pro and Ubuntu 8.04, of course I have to use useradd instead of adduser.